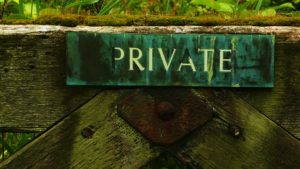 We can talk about boundaries all day.

We can talk about how simple they can be or how difficult they are to identify, then a time comes, a situation occurs, and there’s a pressing demand to voice one.

As uncomfortable as drawing that line in the sand can be for some, it is the key to sanctioning a protective barrier between you and the other party.

Regardless if the topic being addressed is of a professional or personal matter, the ability to voice your line is fundamental to your growth.

I swear to all goodness in the world.. 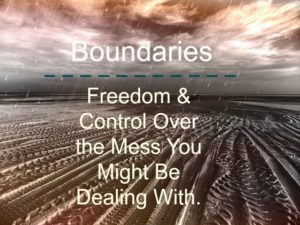 Boundaries. For some this concept is simple. Easy. A no brainer. They whip these things out like CHUDAN ZUKI — a wild karate chop delivered straight to their opponents gut. You’re welcome.

For others? It’s a disaster. An emotional debacle in it’s purest form.

I fall into the later category. Depending on the season I am in, the idea of setting boundaries can make my skin crawl. I am by nature the co-dependent, emotional nurturer to the state of depleted and broken. As a busy single mom with too much on my plate, the word made my head spin with one thousand three hundred and forty-two excuses.

But once I typed that seven letter word into Google and began to process the little fella, it all started to make sense. Now, six years later, I have become nearly dependent on them. They keep me safe. They keep my home in order by providing structure, guidelines, and expectations. When things get out of control around these parts I can usually track it back to slacking off on not carrying through with the boundaries I have already established.

Because starting something new and unfamiliar can be overwhelming, especially when you are inundated with so much as a single mom, I thought it would be nice to walk you through a few of the benefits you can expect to see as a result of putting a few simple boundaries in place.

Benefits that will give you more freedom and control over the mess you might currently be dealing with. 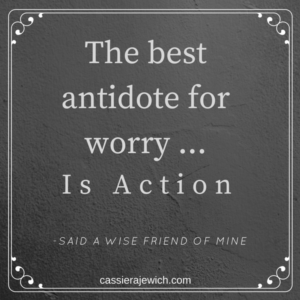 I had fought relentlessly for this day to arrive. I had worked hard to see it through. With duct-tape, band-aids, a bulletproof vest and little one in tow, I made my way through college. And I wasn’t going to let anything get in my way of graduating in the next month until I hit what seemed like a steel wall.

How was I going to wrap up this last quarter of college when I couldn’t type my papers and do the research from home. Cause who wants to take their 5-year-old to the library? How was I going to pay rent with no money? How was I going to maintain a clear mind to do all that is required to participate in life AND provide love and care to a 5-year-old little girl who just needed her momma? Too many things were falling apart and I wasn’t able to fix them all.

So often, as a single mom, I was convinced I was standing in the middle of a large lake of quicksand. Regardless of the direction I stepped, it didn’t matter.  It was as if I were just hanging out in this spot, sinking in the middle of the mess. Getting ahead of the grind felt like an unobtainable task. Like sitting in a classroom waiting to take a test I never studied for over and over again. Then…..Replay. Replay. Replay.

Does what I am saying sound familiar to you? Do you know that overwhelming emotion that sits in the pit of your stomach and drives you to a nervous wreck?

Because I love you and want to see you rise above your own storms, I sat down and wrote out what tools I gathered in those many lakes of quicksand. What I walked away with and how I could help you. So here are eight of my BEST strategies to help you rise above the single mom grind. Hand delivered to your heart in hopes you won’t struggle as long as I did! 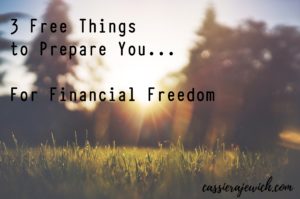 During my ten years of being a single mom, besides earning a Bachelors in Communication Science, I think I also earned a doctorate in Frugal. I believe I may have acquired a double major in Thrifty & Just Don’t Spend.

It’s been over five years since my family screamed that debt free scream in our living room and I still fight the urge to recycle EVERY plastic baggy I come across in our home.

I remember the days I would buy a four pack of toilet paper for my family of two and it would last us TWO weeks! I think we must have been really busy and drinking little to no fluids because I am not sure how that happened.

Paper towels? Same thing. Only I would make one roll last us an entire a month. What?!

Although I have yet to delve into my debt free story, I hope to do that soon, I wanted to give you three powerful and awesome little jewels to help you right now. I want to keep you motivated in this debt free run you are on. So here are three FREE things you can do RIGHT now to get ready for a debt free life.

In last week’s blog post, I talked about why it is few women support one another in managing their finances.

I would much rather talk about the heart of the family. The organization of putting a home in order so things can run smooth for you. In doing so I can’t leave out your finances. I just can’t do it. All week I had so many other ideas to chat about but I knew the foundation of this series on debt had to be laid. The topic addressed because the stress of my finances was the one thing that I never mastered as a single mom. I don’t want you to do the same. That is why I can’t ignore this grueling topic.

This week, I want to address the top five reasons why it’s hard for us to let someone into this private and very sacred financial place and yet, why it’s so crucial to the vitality of single parent living. 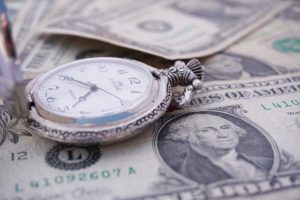 I ask this question because it came up often when I was a single mom. My daughter and I, being the extroverts we both are, loved to be on the go. Always. Looking back, I wish I would have done things differently, but those thoughts are for another post.

Back to our plans for the weekend. Lot’s of fun options to choose from here, ladies!

My Gift to You

Your gift is on its way!

We went apple picking today, only to get there and

For this year, I have created you to work like Mar

This sweet girl is 8 months today. I can’t even

YOU…🌱
.
Are the brave single mom who’s got

Thanks for dragging your mama out of the comfort o