Single Moms: Three Tale-Tell Signs You’ve Got What it Takes to Master Your Mess

We’ve all made a mess of things in one way or another. Life can be unpredictable like that. Have you ever sensed the direction you were heading was about to take a significant shift, but you had no clue what that would look like? It’s similar to knowing where you are isn’t where you should be, and you’ve finally reached the point of change. But you’re left to navigate without a map. 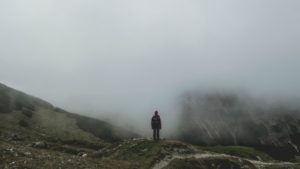 One of those times for me was early spring of 2002. I was in transition of leaving my daughter’s father. What I recall most was the insurmountable feeling of uncertainty.  I was facing a new truth.

At twenty-four with nearly two years of gen ed completed towards a bachelor’s degree, I was healthy and had a family that loved and supported me. Those are good things to have. But they weren’t delivering $30 an hour to my bank account. And as a single mom with a little one to provide for, that was a top priority.

Another problem I had? I feared life in a box. In fact, I was working overtime to get myself out of the one I was in.

So, I did a very dangerous thing, I have since learned not to do.

I shared my fears with the wrong person.

The exact conversation I don’t recall. I know I was dumping massive amounts of emotions on her lap and in doing so, I also expressed to my friend how afraid I was. With a firm tone of elusive leadership, she said, “Cassie, just put your daughter in child care forty hours a week and go get a real job like the rest of us single moms.”

Her response has never left me. And for many years her words echoed as encouragement. Building within me a strength and drive to continue reaching outside of that small box I sat in.

I can’t say I knew a lot at this time in my life. I would even argue I knew nothing at all or I wouldn’t have landed in this mess, to begin with.

But I did know this.

When she said those words to me, I hung up the phone and vowed never to seek wisdom from someone who has never dared to push outside the margins of ordinary. Because I did know I would never succumb to a life of mediocrity. I would never live a life of average.

Over the next several years, I worked very hard to jump over some pretty significant hurdles. If you, like me, are trying to achieve something that seems unobtainable from the place you are currently in, let me share with you three things you can do right now to make sure you’re moving in the right direction. Or you may need to re-route and tweak a few things.

Here are three tale-tell signs you have what it takes to master your mess.

Normal Can’t Be An Option

My number one priority was to graduate college without putting my daughter in daycare 40 hours a week. Had my priority been to keep up with the (they SO didn’t exist in the mainstream media at the time, O.k and there were no mainstream media really either… but the Jones’s did!) I would have failed miserably. There was no way I could vacation, shop or drive a car at the standard of living of some around me. I had to stay focused on the goal, and that meant I lived differently than some until I hit the mark. Having a high car payment or car payment at all, keeping you and your kids dressed with the best and living a life of false luxury will cost you time and resources. Are you willing to sacrifice your dream for these things?

Don’t Wait For Change, Create it Yourself

My last year of college my daughter was set to begin kindergarten. I had an 8 a.m. class an hour and a half away. The same time she was to be at school, which meant I had to be at two different places at the same time. Had I passively chose not to take that particular class, my graduation date would have been set back another year. After everything I had been fighting for there was no way that was an option.

In the month of May at the end of the school year, I made the decision to move us to the town I was attending college and leave the comfort of our community and friends. Knowing I couldn’t afford rent over the summer, I had to look for an apartment that would be available in 3 months AND within my budget. I refused to settle. I refused to quit, and I refused to fail. If you have set out to arrive at a particular destination and you are that close to arriving, don’t wait for anyone to create the change for you. Make it happen yourself.

My senior year of college my marketing professor announced he would choose two people to represent our school at the upcoming National Collegiate Sales Competition. He opened it up to the entire marketing department to apply to compete. With all the responsibilities I had the last thing I thought I could pull off was that competition. In Georgia.  I even recall sitting in the back of the class with my mind full of doubt. But I wanted it, and because of that I remember telling myself, “Just try.” Although I didn’t take home the gold, I did manage to make it to Georgia and compete in one of the largest sales competitions in the nation. I made it in the top 25 of 150 where I competed against some of the leading students at some of the top sales colleges in America.

NEVER think you aren’t enough or don’t deserve what it is you are working towards.

I recall thinking and still struggle with the thought that someone else deserves what I want. What a crappy lie. Make sure you aim big. Reach outside the box. Every.Single.Day. When opportunity shows up, make sure you grab it.

I thank God regularly for that late afternoon conversation. I learned not everyone is destined to live outside of conventional. Some people are assigned ordinary. And some are not.

Friend, whatever you have your eyes set on. Whatever is mighty and great that you are working towards, please don’t stop. You are worth every bit of it. I promise.

Food for thought: What dreams have you set aside out of fear, time or money? Do you think being a single mom stops you from this? What can you do today to create the change you need and begin to live out the dream you have always wanted?